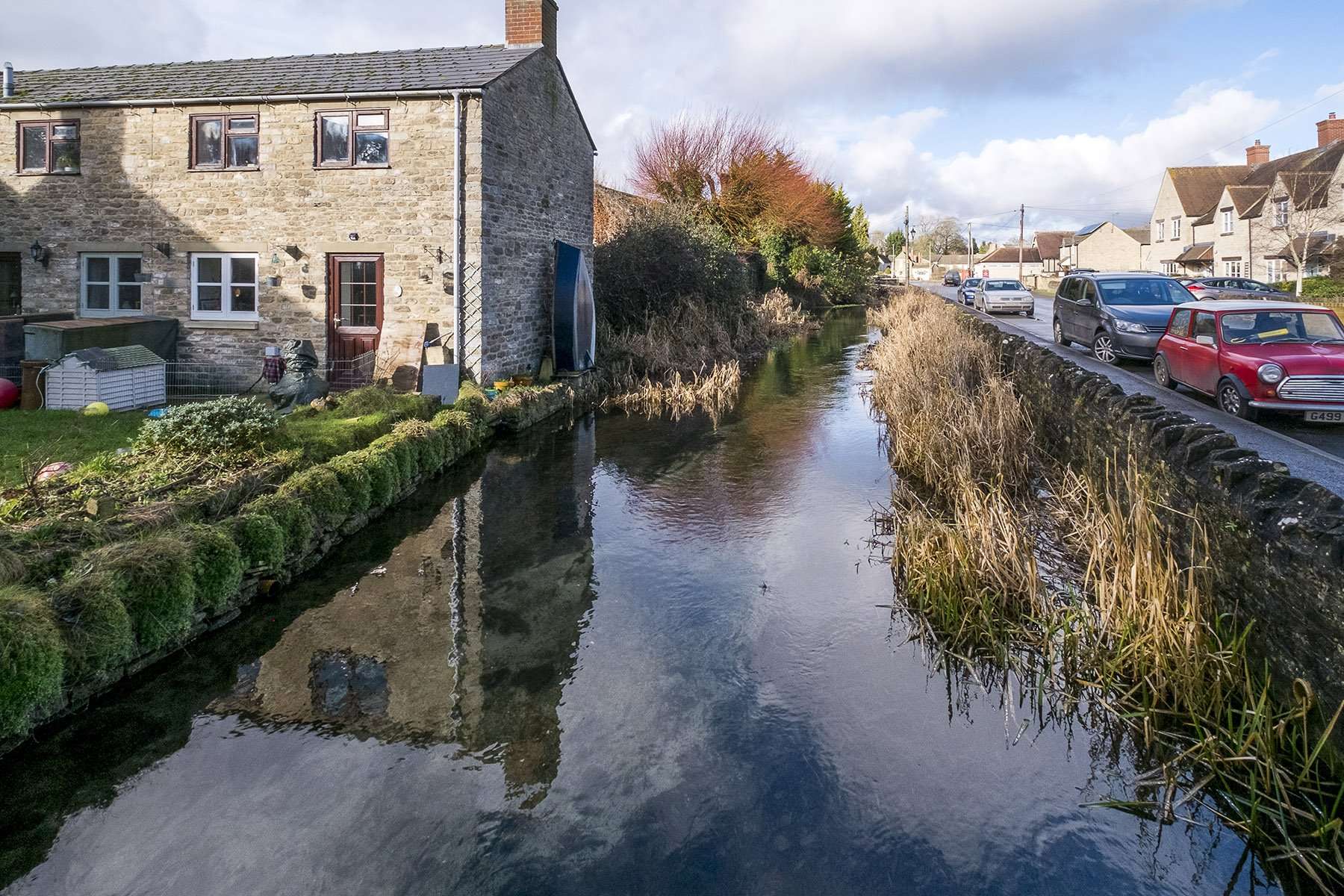 Ashton Keynes is about six and a half miles from the official source of the River Thames and is the first village that the Thames flows through (as opposed to flowing past).  Here the river splits into several channels, the main channel flowing through the village High Street where the houses on the West side each have their own bridge crossing the Thames.

According to Wikipedia, the village was known as Aesctun in 800 AD and appeared in the Domesday Book, but its name has changed a number of times since then.

Yesterday I went to visit Ashton Keynes and in the village shop I met Tina, a lovely lady who has lived in the village all her life. I knew that flooding had been a constant problem for Ashton Keynes over it’s long history, but Tina explained that the Thames has actually been diverted to reduce the risk of flooding.

Where is the Source of the Thames?