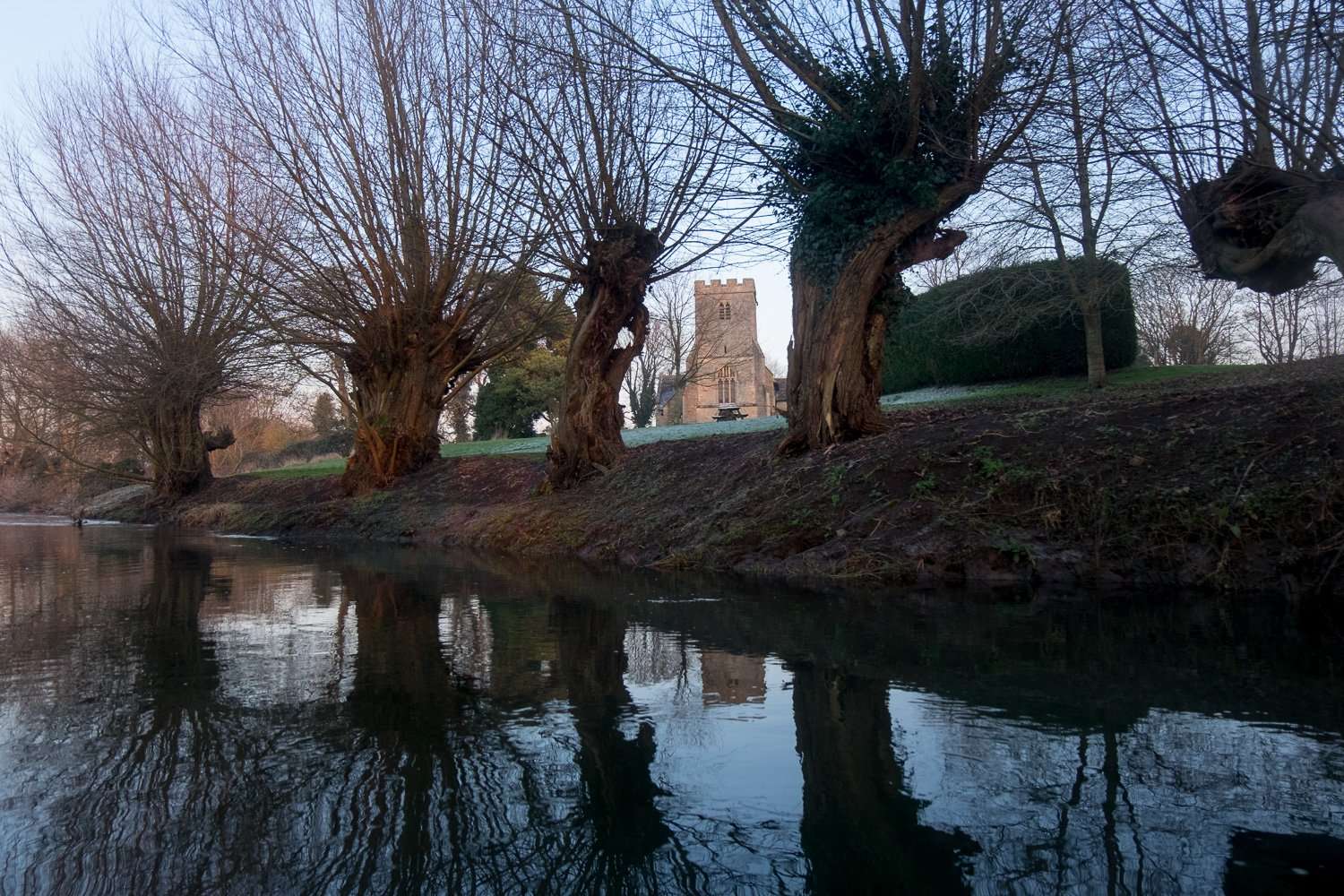 Saturday morning began very early as I photographed one mile downriver of the official source of the Thames, the point where spring water is currently rising from underground to form the beginning of the River Thames. Later in the morning I explored a little further down river taking a look at the Thames from underwater.

By mid-day I was back at my car for a quick change into dry kayaking kit before driving to Lechlade to meet Neil. We set up a car shuttle and got on the water at Cricklade, heading down stream. The winter sunlight was creating a very picture postcard Thames, with six-foot tall straw grasses glowing orange in the sunlight, contrasting with the blue sky and water.  The river was narrow and twisty, we were paddling through the Cotswolds with very little sign of humans, just the occasional farmhouse.

Many trees have broken and fallen across the river, most are huge and look as though they may have collapsed under their own weight, or maybe through bank erosion. Some blocked the route completely, meaning we had to pull ourselves over fallen trees, limbo under others. Most of the trees were still growing and had rooted themselves in the river.  A few fallen trees formed grand arches – the tree growing both sides of the arch.

Tangled straw dangled from tree branches and tree trunks like large straw wigs, they showed that previous river levels had been much higher.

There was one tree we couldn’t get passed and had to portage. The banks were vertical walls of slippery mud and the water deeper than it looked. I was trying to help Neil get back on the water and slipped down the mud and up to my chin in water 🙂

Our get out was the bridge on Nell Hill, a road crossing the Thames shortly after the village of Kempsford, by that time it was virtually dark.

‘The River Within – London’. The private view as exhibition opens :-)

One mile from the Source